How to use white pigment White for Esthetic line skin collection?

Today we are going to talk about white pigment, because there are still a lot of questions about what white pigment is and what it is. I want to say that white is, of course, an inorganic pigment that is found in mixes for both permanent make-up and tattoos. In order to create lighter tones, we can’t do without this pigment.

White pigments come in different densities. When buying, it is important to understand exactly which pigment you are ordering and what you are going to use it for, because titanium dioxide itself is the pigment that has the strongest hiding power. When we use it, we can either correct it or make it worse. The most glaring example of misfiring is overlaying dark circles under the eyes with white pigment. It seems easy and natural, but white pigment has such refractive power that it looks more put under the skin than it actually is. It is more likely to appear as a dense, thick layer.

I am often asked how do you feel about camouflaging dark circles under the eyes? I can say that my attitude is positive. But you have to understand that this is a narrow niche that requires a very high degree of professionalism and does not forgive mistakes. If the master himself sees the white pigment when he puts it into the skin it is already a gross mistake and a beautiful result will not be achieved.

It is very important to bear in mind that white pigment never looks white in the skin, it refracts under the colour of the skin and also over time it becomes fibrous, which also changes the final colour result. Every person’s skin is different. Depending on its colour and the presence of tanning, the white pigment may or may not be more visible.

Where is white pigment useful and mostly used? In all light-coloured lip mixes. If we use white pigment of high, professional quality, from a global manufacturer, such pigment will “stand up” perfectly on the lips and will not give a thick, dry, plasticine effect. It is possible to correct dark incorrect colour work by overlapping with fleshy nude shades, which, of course, uses white pigment to create. In conclusion I would like to say that we can’t do without white! Do not be afraid of it. The main thing is to understand where, when and why to use it. 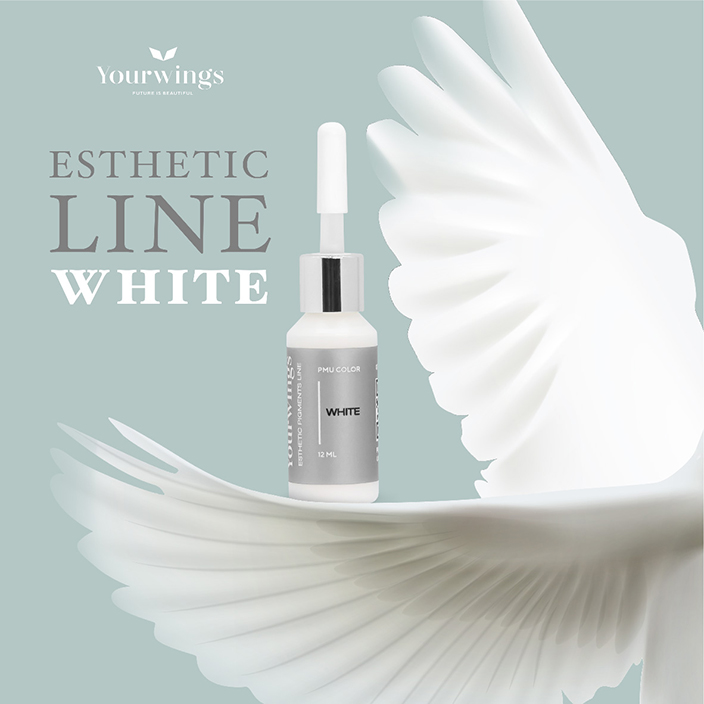 Click on the Support icon below to WhatsApp us or send an email to sale@yourwingshop.ru Support Veronica
× How can I help you?